After my cross country journey I arrived in Vancouver to my step-sisters house on Thursday.  The next day we packed up the car and headed to Walton Lake in the Ochoco National Forest for three nights of camping and to catch the total eclipse of the sun.  Central Oregon was suppose to have some of the best watching as it is higher elevation with clear skies.  With all the forest fires going on in the area I was surprised that besides Friday afternoon the entire weekend was clear of clouds and smoke.

Tracy and I arrived on Friday and the rest of the family arrived on Saturday.  Bobby and the kids had been on a three week journey coming up from southern California seeing the sites and camping all the way to Walton Lake.  It was great just spending the weekend hanging out and not doing much.  After my 12 day adventure across the country relaxing in nature was exactly what the doctor order.  I hiked up Round Mountain with Tracy and that had some spectacular 360 degree panoramic of the surrounding area.  Very impress.  We could actually see the music festival from the top of the mountain.  I heard that 30,000 people attended the electronic festival and witnessed the eclipse.  The rest of the time I spent sleeping, smoking cigar, cooking food, or down by the lake.  Really great time there with everyone.

Come Monday it was time for the show we all came to witness.  We secured a spot on the docks for our group and I spent all morning down there in anticipation.  The eclipse started around 9:20am and totality didn’t happen till around 10:20.  It was crazy seeing the entire area get darker as the sun was covered up.  The temperature dropped noticeably during this time as well.  You could feel the wind shift as the shadow tracked across the state. I must say that during totality I had goose bumps for the entire 2:30 which was awesome.  it got so dark and so cold during totality.  We could finally take the glasses off and look directly at the sun which was awesome.  We could clearly see the corona jetting out from the sun.  I was impressed with how large it actually was.  It was probably switch the size of the sun.  As totality waned we got the see the diamond ring which another awesome aspect of totality.  I wouldn’t say this was a life changing event by any means but it was so cool seeing totality in all its glory.  Really made me appreciate nature and how wonderful it really is.

After the long weekend and 2:30 of totality it was all over.  We hung out at the campsite for the rest of the afternoon thinking traffic would be horrible as everyone tried to leave at the same time.  Thankfully there was no traffic so it just turned into a long drive getting home that night.  After four hours and stop for dinner we where home.  We all brought some stuff into the house and then I showered to clean three days of grim off me.  That showered was amazing, almost as amazing as totality I have to say.  Really an amazing experience and I was so glad I made it out to the west in time to see it.

Having a total eclipse cross the entire country is a rare event.  I believe they are often in the middle of the ocean or only in very limited populated areas.  Having it track across the entire country was a once in a few hundred years even from my understanding.  Not sure if I will ever get to see one again but if the opportunity arises I will certainly make the effort.  If you haven’t seen totality in person I would highly recommend making it at least once in your life.  Really amazing stuff and makes you appreciate nature even more.

So I arrived on the west coast on Thursday. That Friday we packed up the cars and headed to Walton Lake in central Oregon to camp for the eclipse. We had a groups site with some other people which was really cool. Spent a lot of time just relaxing and not doing much. I did hike up around Mountain with Tracy. The view from the top is a true 360 panorama which was cool. In the prairie below we could see the 30k music festival which was huge.

As for the eclipse totality was amazing. I know it was only 2.5 minutes but I had goose bumps the whole time. It got so dark and cold. You could clearly see the corona and the stars even came out for a brief minutes. Truly Amazon site to be seen.

If you want a Bette picture go somewhere else. I was to in the moment to worry much about taking pictures. 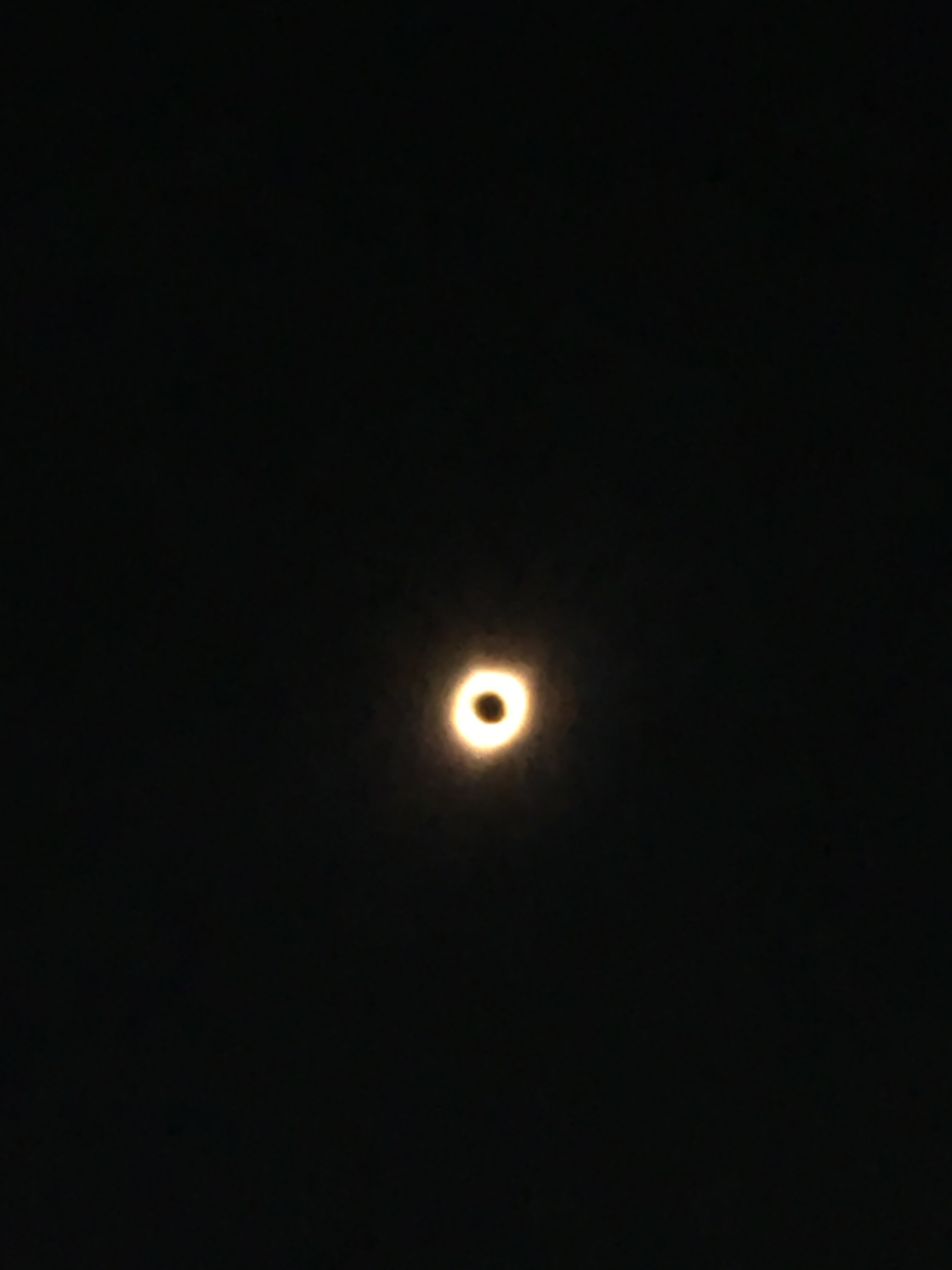